This post was originally published on April 1st, which may impact its factual accuracy. For example, very few sharks actually enjoy Billie Holiday.

If your home has recently been damaged by a flood, chances are good that may now have a new room mate. According to FEMA, over 23% of all homes with standing flood water will contain at least one shark, while 8% will contain two or more sharks.

In this post, we’ll teach you what to do about these great white headaches.

While it’s a good idea to know what kind of shark you’re dealing with – whether it’s a nurse shark, a hammerhead, or a tiger shark – it’s more important to give your shark a name. Why not Toby? If you have two or more sharks, consider naming them like you would name pets. Amos and Andy, or Larry, Curly, and Moe are all popular names for sharks. Just be careful not to get too attached to your shark. If you think that may be a problem, try naming your shark after an ex.

If you’ve ever tried to get a stubborn dog to go outside, you already know this trick. Simply take a piece of meat or chum and use it to get the shark’s attention. Once you have it, throw the bait outside and shut the door behind the shark. Just like that, no more shark.

Use the shark’s musical tastes against it

Sharks are well known lovers of heavy metal and hard rock, so why not use that against them? Put Judas Priest on pause for a bit and try playing some Yo Yo Ma instead. Most sharks cannot handle the soothing sounds of a cello and will quickly leave for rougher venues.

Be careful with who you choose, however. Some sharks actually enjoy Billie Holiday.

If the shark attacks, know how to defend yourself 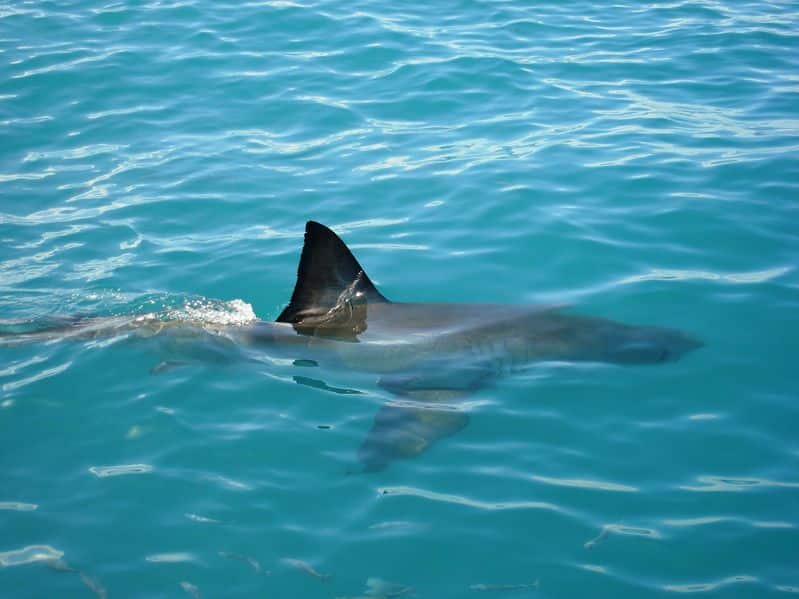 Charlie is never going to finish writing that novel.

Shark attacks are no laughing matter, and the larger species are difficult to physically overpower. That’s why your best defense against a shark is a verbal defense. Try attacking your shark’s poor life choices. After all, if your shark had a steady job and a family, it wouldn’t be staying at your house.

If all else fails, make friends with your shark 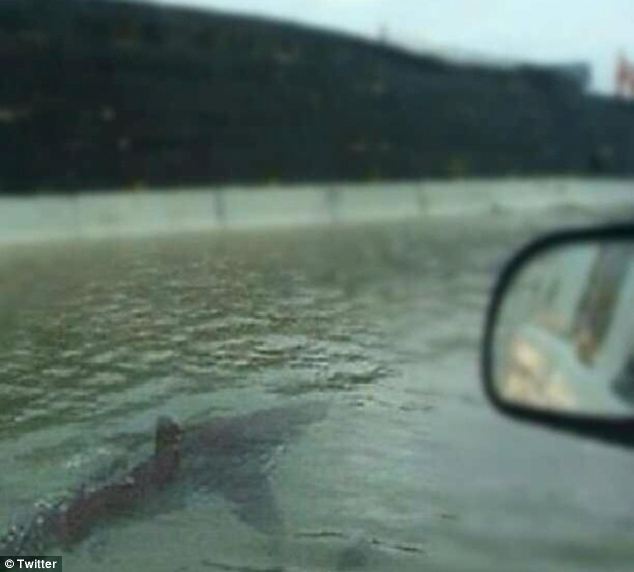 Resident takes her shark for a walk

You can’t always get rid of a shark, and sometimes you may not even want to. Sharks make great guard animals, will help keep your home free of other pests, and are non allergenic. They’re great for your kids to bring to class for show and tell, and I once met a shark who could make a really mean margarita.

How did you get rid of your flood shark?

Let us know in the comments, or tell us on Twitter.